Merriam Webster states that grit can mean a hard, sharp granule, as of sand, also: material, as many abrasives, composed of such granules.  Or it can also be the firmness of mind or spirit: unyielding courage in the face of hardship or danger.

Pearls.com explains that pearls form when an irritant works its way into an oyster, mussel or clam. As a defense mechanism, a fluid is used to coat the irritant. Layer upon layer of this coating is deposited until a lustrous pearl is formed.

I recently heard a podcast episode with Jordan Peterson discussing difficulty and purpose. He asked, “how much trouble would you want there not to be? It’s a weird question. But you want to have something to contend with. Something that forces from you the best you have…There’s the overcoming and the growth that comes with that. There’s something about it.” (Talk about no grit, no pearl.)

Let’s face it, 2020 is two-thirds over, but emotionally-speaking, it feels like it’s been going for half a century. Every calendar year has its defining moments, but 2020 takes first place. Welcome to month after month of world-changing, society reshaping, paradigm-shifting events. It’s like a cyclical science-fiction movie, on repeat. It’s been a hard year on many fronts, for the majority of this world’s population. If there’s one thing we all have in common, it’s that we’ve survived this year. Let’s congratulate ourselves.

Are you feeling overwhelmed?

We as a world have hit a “collective weary”. Through the unfamiliar moments these last few months, I’ve heard many speak the same sentiment — they’re tired, burnt, drained.

“How much trouble would you want there not to be?” Mic drop. I paused, and I re-listened to the quote above at least three times before advancing further into Jordan Peterson’s podcast. It really hit me.

As much as I’m an advocate for appreciating “process” through growth or toward a goal, I sometimes fail at implementing it. Many times lately I’ve uttered the words “I just want to finish” or “when will this be over” when talking about many situations around me. To finish would mean the work would be over, situations “normal”, or the pressures mitigated. The perceived heaviness of the project or the situation would be significantly diminished. That sounds appealing, but after Jordan Peterson posed the question, I question why. “No grit, no pearl.”

Times such as these call for some reflection. I, personally, have been sitting deep in my own head, self-examining, measuring, reflecting, correcting my course…purposing to grow while watching the world reel. Because change begins with me, right? If we want to build a world filled with resilient humans who feel strong enough to confront the hard things, leaving this world better than they found it, then we’ve got to start with ourselves.

Focus is of great necessity when dealing with any process — in this case, recovering from the effects of this year. Fixating on the big picture can be overwhelming; seeing the task directly before us is imperative in ticking the boxes toward the end goal of not only surviving but THRIVING in 2020.

Mindfulness, Focus and Dealing with Process

It’s only by being fully in the present, fully attuned to the “now,” that we can deal with the pressures of the immediate task with calm, focus, and repose. This is where a technique for finding focus would be useful.

The technique I’d like to mention today is called mindfulness. Mindfulness is the practice of purposely focusing your attention on the present — the task in front of us. Some experts believe that mindfulness helps people accept their experiences—including painful emotions—rather than react to them with aversion or avoidance.

In a Harvard study, researchers performed brain scans on sixteen people before and after they took an eight-week mindfulness-training program to reduce stress. The results showed changes in the brain regions associated not just with stress, but also with memory, sense of self, and empathy.

This study indicates that practicing mindfulness actually improves the brain’s connectivity that keeps us from being distracted (which means, FOCUS is likely). By taking note of what’s going on around us, rather than ignoring it or simply “going through the motions”, we can become more adaptive and insightful when enduring a process.

Through mindful practices, we can find more happiness, joy, and meaning in our lives. We can learn to thrive in the midst of chaos or

struggle. What are some ways to develop more mindfulness?

No Grit, No Pearl

In the face of these current world conditions, I believe we are all in a position of burden. We are all being tasked to learn and to grow and to examine ourselves, the situation, and our response.

How are you doing?

Hardship, danger, tests and trials can either shape us or can drain us of energy. Obstacles or attacks will confront us. Between the obstacle and the response to it lies a decision: what will we do with the dilemma? We have the choice to surrender in defeat or surrender to growth. These things can knock us off our path. Or they can create in us something profound. Both responses involve surrender, but only one involves a pearl.

That choice will determine, in the end, if that pearl and many thereafter, will be created. Remember, no grit, no pearl. 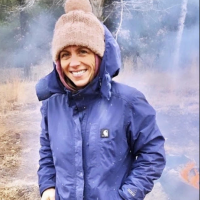